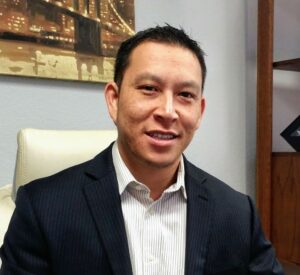 Since becoming a member of the California Bar, Rex Tran has focused his practice on representing consumer debtors in bankruptcy.  Prior to forming Tran Bankruptcy Law, Mr. Tran  founded The Law Offices of Chen & Tran. Additionally, he was a Managing Attorney for the largest bankruptcy firm in the nation.

To date, Mr. Tran has handled over 1000 Chapter 7 and Chapter 13 bankruptcy cases. As an owner, Mr. Tran continues to handle matters personally as a bankruptcy attorney in Orange County, Los Angeles, and Riverside. His aim is to  ensure that all staff members are trained to provide the highest quality service to our bankruptcy clients.

Mr. Tran served as a Sergeant First Class in the United States Army Reserves for 15 years. As the Chief Paralegal he was the most Senior Enlisted Soldier with the 78th Legal Operations Detachment in Los Alamitos, CA. In 2008, he was deployed to Camp Taji, Iraq, in support of Operation Iraqi Freedom and Operation Enduring Freedom, where he provided legal support for Soldiers under the 10th Sustainment Brigade, 10th Mountain Division out of Fort Drum, New York. Mr. Tran also served in Honduras in support of the military’s Beyond the Horizon mission. During his 15 year military career, he also worked on courts-martial cases, military boards, and provided legal assistance such as helping Soldiers obtain citizenship, wills, and powers of attorney.