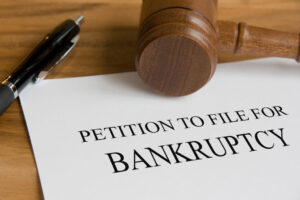 In November 2011, American Airlines, Inc. and its parent company, AMR Corporation filed a voluntary bankruptcy petition for Chapter 11 reorganization in the U.S. Bankruptcy Court for the Southern District of New York. Part of the reorganization plan includes a proposed $11 billion merger with US Airways Group, Inc.

The purpose of filing a Chapter 11 reorganization is to allow a company to restructure its debt, costs, and other obligations. Therefore, American Airlines can continue conducting business as normal.  In the case of American Airlines, it is to allow them to achieve a cost and debt structure that is industry competitive and has long-term viability.

In order for the plan to take effect, stakeholders and creditors have to first vote to approve with a majority of stakeholders voting in favor, and two thirds of the dollar value of each class of stakeholder voting in favor.  After,the parties will submit the votes to Bankruptcy Judge Sean Lane for confirmation.  While creditors will have an opportunity to object to the plan, no one expects that to occur in this case.  The reason is because the proposed plan calls for all unsecured creditors to be repaid in full.

A Chapter 11 reorganization for companies and corporations is somewhat similar to a Chapter 13 reorganization for private consumers.  It allows for the private individual to restructure their debts into a payment plan. Because of this, they can catch up on their mortgage arrears, late car payments, or other late payments.