Are Acts Resulting in Injury/Damages Dischargeable? 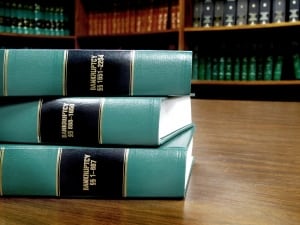 A bankruptcy discharge “does not discharge an individual debtor from any debt for willful and malicious injury by the debtor to another entity or to the property of another entity.

Negligence is when someone acts carelessly resulting in injury or damages to a person or their property. For example, you are negligent if a baseball slips out of your hand and breaks your neighbor’s window. The debt resulting from breaking your neighbor’s window in this situation is dischargeable because it was not willful and malicious. Therefore, if your neighbor filed a lawsuit, and obtained a judgment against you, you can discharge that debt in bankruptcy.

Intentional Acts without the Intention of Injury

The leading case that paved the way for the current interpretation of Section 523(a)(6) is Kawaauhau v. Geiger. This case is an example of a situation where an intentional act without the intention of injury makes a debt dischargeable. In this case Dr Geiger committed malpractice. The US Supreme Court stated that the debt was dischargeable because Dr. Gieger, while intentionally committing the actions that led to injury, he did not intend the injury. The Court stated that willful conduct requires a “deliberate or intentional injury, not merely a deliberate or intentional act that leads to injury.”

Back to our neighbor’s window. If you break the window, tossing tiny pebbles at it trying to get the attention of your love interest, then the debt is not dischargeable. In this case, while you intended to hit the window, you did not think the window would break and had no intention to break it.

Committing Acts with intention to Cause Injury or Damage

Courts around the country have differing opinions. The Ninth Circuit believes that Tortious conduct is a necessary element, along with willful and malicious injury. Some courts only requires that the conduct that was intentional or substantially certain to cause injury to prove malicious and willful. Other courts have said that mere recklessness is not enough and that for a debt to not be dischargeable, the debtor had to intend more than the mere act alone. In any case Intentional Torts are also not dischargeable.