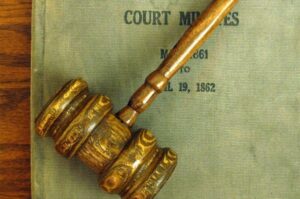 Why is Bank of America Defending a Bankruptcy Debtor in U.S. Supreme Court

What in the world?  To better understand the situation, we have to first discuss Bankruptcy.  The new bankruptcy laws were enacted in 2005.  These laws are also referred to as the Bankruptcy Abuse Prevention and Consumer Protection Act or BAPCPA.

One inconsistency is that a number of courts have ruled that a proposed bankruptcy chapter 13 payment plan cannot be appealed until the case is dismissed.  However, other courts have allowed parties to appeal the the plan even if the case is not yet dismissed.

The Chapter 13 Bankruptcy Case of Louis B Bullard

Louis B Bullard, the Debtor in this case proposed a Chapter 13 plan.  The judge ruled against Mr. Bullard’s plan denying confirmation.  Before the case was dismissed, Mr. Bullard requested to appeal the decision against him.  The Bankruptcy Appellate Panel (BAP) affirmed the lower courts decision.

Mr. Bullerd then filed a request through the BAP to appeal to The US Court of Appeals for the First Circuit.  This was denied.  Additionally The First Circuit stated that an Order denying the confirmation of a plan in a Chapter 13 case, is not final because the Debtor remains free to propose a new plan.  Therefore, the Debtor cannot appeal the ruling denying confirmation of the proposed plan.

Now the Debtor has appealed to the U.S. Supreme Court to address this issue

Bank of America’s argument in favor of the Debtor

Yesterday, April 1, 2015 Bank of America made arguments in favor of the Debtor. No, this was not an April Fools joke.  The gist of the argument is that ” The rights and obligations of the parties to a bankruptcy case under those chapters turn on the provisions of the confirmed plan, and the legal rulings governing what the plan may or may not provide are thus of the utmost importance to all parties in interest, including creditors—as is the ability to obtain effective appellate review of those rulings….Moreover, if a debtor cannot immediately appeal the denial of confirmation of his preferred plan, it is likely that he will never be able to obtain appellate review of that denial at all.”

The real question is whether this is good or bad for Debtors.

The ability to appeal a proposed Bankruptcy Plan:  The good, the bad and the ugly

Bank of America’s brief says allowing appeals when bankruptcy plans are rejected would assist with “the orderly and uniform development of bankruptcy law,” which would benefit creditors as well as homeowners like Bullard.

Lets pretend that the Mr. Bullard wins his appeal and that opens a confirmed Bankruptcy Plan to appeal from all parties.  This would be a great win for Mr. Bullard.  He would have the ability to appeal his proposed plan and may even get the plan confirmed.  However, there are also drawbacks.

If a Bankruptcy Plan gets confirmed after objections by a creditor, that creditor now also has the right to appeal the decision.  Do you see the problem? What if that creditor is Bank of America. How would a debtor, defend against Bank of America.  Who would pay for the debtor’s attorney to fight the appeal.  How long would litigating the appeal take?  Would there be any funds left in the plan to distribute after the appeal?

Additionally, not only does this effect individual debtors in a Chapter 13 case, but it would also effect businesses who file for Bankruptcy under Chapter 11.  Imagine the number of appeals this could create.  The cost and time it would take to finalize a bankruptcy could drastically increase. By the time all the appeals are finalized, the business that filed bankruptcy might be out of business.

On the other hand, in parts of the country according to Justice Elena Kagam, “it hasn’t really led to the kinds of bad consequences we’re all surmising about.”

Since becoming a member of the California Bar, Rex Tran has focused his practice on representing consumer debtors in bankruptcy. Prior to forming Tran Bankruptcy Law, Mr. Tran founded The Law Offices of Chen & Tran. Additionally, he was a Managing Attorney for the largest bankruptcy firm in the nation. Mr. Tran also served as a Sergeant First Class in the United States Army Reserves for 15 years.

How Long Does Chapter 7 Bankruptcy Take in Riverside, California?

Which California Bankruptcy Exemption System Should I Use? 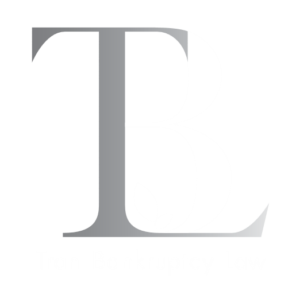