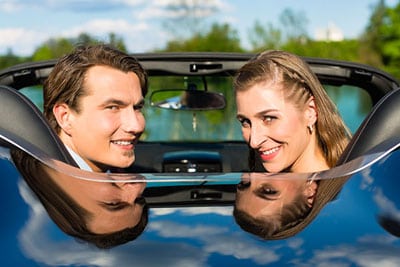 With couples tending to delay marriage until their late 20s and beyond, it has become common for them to bring existing financial and household assets to the relationship. The resulting decisions, while not always easy, tend to revolve around things such as whose furniture to keep and whether to open a joint bank account.

Sometimes, though, there are also pre-existing delinquent debts to consider. How a newlywed couple deals with credit problems can have a lasting impact on their relationship.

Should One or Both File?

One partner’s individual filing does not compel the other to follow suit. If only one spouse has significant debt in his or her name alone (such as credit card accounts opened prior to marriage), in most cases there is little advantage to a joint filing.

However, where both members of a couple bring significant debt to the marriage, or where they have since being married jointly acquired real or personal property or taken on joint debt, an individual filing by one spouse will not resolve their debt problems.

Impact of Marriage on Individual Filers

Particularly for individuals with few assets, a Chapter 7 liquidation bankruptcy petition may be greatly preferable. However, prospective Chapter 7 filers must have income below a median level for their family size and are thus unable to make even partial repayment of debts.  Those who do not pass this so-called “means test” must by law instead file a Chapter 13 repayment plan petition.

Here is the problem: married couples must include both spouses’ income on the means test form, regardless of who intends to file. Since the median cutoff for a two-person household is typically not twice that of a single person household, a spouse whose individual income would have satisfied the means test may, solely by having married before filing, become ineligible to file a Chapter 7 petition.

Even for couples who both wish to file for bankruptcy, another choice remains: filing a joint petition versus two separate ones. Careful consideration must be given to this decision, with advice from an experienced bankruptcy attorney.

The principal advantages of a joint filing are ones of convenience and savings on duplicate filing and legal fees.

The major potential disadvantage of a joint filing relates to exemptions for Chapter 7 filers. Exemptions are provisions that exclude from the bankruptcy estate a certain amount of cash as well as certain personal property from a Chapter 7 bankruptcy.

Exemptions are an exception to the general statement that bankruptcy is governed by federal law, and vary from state to state. Many states allow double the amount of exemptions for jointly filed petitions. In these states, the choice between joint and individual filing may be relatively insignificant.

However, if the debtors’ state is one that does not double the exemptions for joint filers, it may be advantageous to file separately and exempt assets individually.