Home | Blogs | Your Pension in Bankruptcy in Santa Ana, California

Your Pension in Bankruptcy in Santa Ana, California 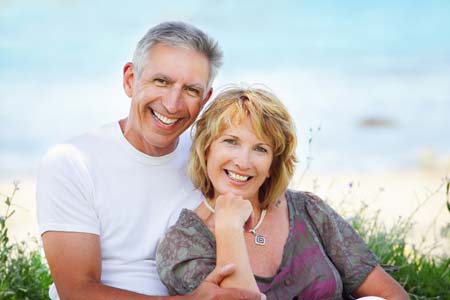 By and large, Americans are spenders, not savers. Nowhere is this more clearly shown than in studies regarding the typical amount we have saved for retirement. An ever-shrinking minority, whether employed in the private or public sector, people have “defined benefit plans” (“pensions”) on which to rely. As for the rest, though, despite the creation and promotion of tax-deferred accounts such as 401(k) employer plans (many of which include employer matching payments) and Individual Retirement Accounts (IRAs), most individuals at or near retirement age have little, if anything saved.

You, however, are in the prudent minority and have managed to save away more than a few dollars in a retirement account. Now, for whatever unanticipated reason, (job loss, medical expenses) you find yourself deeply in debt and considering bankruptcy. Among your most understandably important concerns is whether your retirement savings will be subject to the claims of your creditors.

The good news is that as a general rule, the funds in a properly structured retirement account, whether sponsored or funded 100 percent by you, 100 percent by your employer or partially by both of you, will not be affected by the bankruptcy.

The second news is that in the event your plan is not exempt, you may be able to protect all or a significant portion of the balance under the property exemptions of the federal Bankruptcy Code.

A note of caution: even for seasoned bankruptcy lawyers, this can be a complex area. The following summaries are therefore only a general outline. To get accurate advice regarding personal circumstances, contact one of our knowledgeable and experienced attorneys today.

These are retirement plans that are considered to be excluded from the bankruptcy estate, that is, the property that must be surrendered to the bankruptcy trustee when someone files. They will still be disclosed on the individual’s petition, but need not be otherwise claimed as exempt.

Retirement Plans That May Be Exempt

While a bankruptcy petitioner must surrender many assets to the bankruptcy trustee, the drafters of the Bankruptcy Code knew that the Code’s intended fresh start would be impossible for debtors to accomplish if they were left without any property. As a result, the Code provides a complicated scheme that exempts certain property. While not excluded from the bankruptcy estate, an exempt asset may nevertheless be protected from creditors.

Contributing to the complexity of the exemption question is the fact that the Code leaves it up to individual states to states to determine whether its residents may choose between the Code’s federal exemptions and those of their state or must instead choose only the state system. If a retirement plan is exempt under the applicable exemption system, the entire balance (sometimes subject to maximum amounts) is exempt.

California residents may not choose the federal exemption system, but do have a choice between two state systems. The differences between the two systems are too detailed and complex to review in detail in this article, but, the principal differences between the systems’ treatment of retirement accounts is whether your plan is related to public or private sector employment.

Plans That May Not Qualify as Exempt or Excluded

Unfortunately, there are some retirement plans whose balances cannot be protected from creditors through exclusion from the estate or by application of an exemption. Once again, the list below is a general summary, and an experienced bankruptcy lawyer may determine that an alternate exclusion or exemption applies.

NOTE: This is for informational purposes only and does not constitute legal advice.