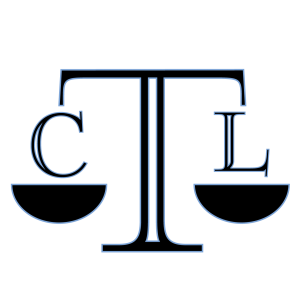 Tran Bankruptcy Law was established in 2012 by Rex Tran.  The firm started in Orange County, but expanded their offices to include Riverside locations.

Michael and Rex are experienced bankruptcy lawyers that have personally handled over 900 Chapter 7 and Chapter 13 bankruptcy cases.  Beyond their bankruptcy experience both have approximately 15 years and counting of military service.  Rex and Michael are part of the US Army Reserve Judge Advocate General’s Corps (JAG).  As part of JAG, the two have helped a countless number of US Soldiers with legal assistance needs to prepare Soldiers for mobilizations and deployments during the Country’s decade of war.  Accordingly, both Michael and Rex have been deployed overseas to Iraq in support of Operation Iraqi Freedom as well as Operation Enduring Freedom.

Prior to deployment, Rex finished law school at California Western School of Law in San Diego, just two hours south of Orange County where he was born and raised.  After passing the California Bar, Rex was deployed to Iraq in 2008 with the 419th Combat Sustainment and Support Battalion where he served as the battalion’s paralegal and public affairs officer.

Michael on the other hand, deployed in 2005 with the XVIII Airborne Corps out of Ft. Bragg, North Carolina.   After deployment, completed law school at Thomas Jefferson School of Law also in San Diego, CA.  From there and passed the California Bar and in 2012 Rex and Michael decided to point their sites on opening Tran Bankruptcy Law.

Before starting Tran Bankruptcy Law, Rex was an attorney managing an office for the nation’s largest bankruptcy firm.  His office was located in Riverside. There he filed nearly 20 cases a month and helped hundreds of people move forward financially and personally.  However, Rex knew something was wrong.  He realized that the size and procedures of that firm did not provide clients with the personalized service they needed.  A number of clients spent their entire bankruptcy process stressed and fatigued by that firm’s failure to communicate consistently with their clients and keep them informed of the process.  (This could possibly be a reason that the previous firm has also filed bankruptcy and is no longer in business.)

At that point, he realized that needed to move on to the next step in his career to better serve people in the struggling economy.  Rex was stationed with the 78th Legal Support Operations Detachment of the United States Army Reserve.  Michael is not only well respected by his peers in the military but in the community as a whole.  Both civilian, attorney, Soldiers were highly motivated to start Tran Bankruptcy Law.  They would use their bankruptcy experience with their lifelong commitment to service to provide the best possible legal experience for their clients.

Now, 3 years after starting Tran Bankruptcy Law, Michael and Rex have helped hundreds of clients in their return to financial freedom.  However, they have also provided clients with provided clients with exceptional service.  They have more five star reviews than any firm in Orange County on Yelp.  This does not include their excellent reviews on AVVO and Google+

Today, Rex and Michael have expanded their services to the average consumer by providing legal services in areas of Business and Civil Litigation and Personal Injury.  They also opened an office to assist clients in Riverside.  However, they continue to provide Chapter 7 and Chapter 13 bankruptcy services in Santa Ana including Orange County and Riverside.