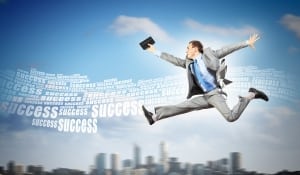 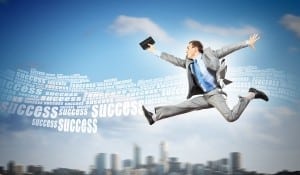 The bankruptcy discharge varies depending on the type of case a debtor files: chapter 7, 11, 12, or 13. The Orange County bankruptcy attorneys at Tran Bankruptcy Law attempts to answer some basic questions about the discharge available to individual debtors under all four chapters including:

What is a discharge in bankruptcy?

Although a debtor is not personally liable for discharged debts, a valid lien will remain after the case. Therefore, a secured creditor may enforce the lien to recover the property secured by the lien.telephone calls, letters, and personal contacts.

When does the discharge occur?

The timing of the discharge varies. First it depends on the type of bankruptcy. In a chapter 7 (liquidation) case, for example, the court usually grants the discharge promptly on expiration of the time fixed for filing a complaint objecting to discharge and the time fixed for filing a motion to dismiss the case for substantial abuse (60 days following the first date set for the 341 meeting). Typically, this occurs about four months after the date the debtor files the petition with the clerk of the bankruptcy court. In individual chapter 11 cases, and in cases under chapter 12 (adjustment of debts of a family farmer or fisherman) and 13 (adjustment of debts of an individual with regular income), the court generally grants the discharge as soon as practicable after the debtor completes all payments under the plan.

Since a chapter 12 or chapter 13 plan may provide for payments to be made over three to five years, the discharge typically occurs about four years after the date of filing. The court may deny an individual debtor’s discharge in a chapter 7 or 13 case if the debtor fails to complete “an instructional course concerning financial management.” The Bankruptcy Code provides some exceptions to the “financial management” requirement. However, the U.S. trustee or bankruptcy administrator must determine that there are inadequate educational programs available. Or, if the debtor is disabled, incapacitated, or on active military duty in a combat zone.

How does the debtor get a discharge?

Unless there is litigation involving objections to the discharge, the debtor will usually automatically receive a discharge. The Federal Rules of Bankruptcy Procedure provide for the clerk of the bankruptcy court to mail a copy of the order of discharge to all creditors, the U.S. trustee, the trustee in the case, and the trustee’s attorney, if any. The debtor and the debtor’s attorney also receive copies of the discharge order.

The notice, which is simply a copy of the final order of discharge, is not specific as to those debts determined by the court to be non-dischargeable, i.e., not covered by the discharge. The notice informs creditors generally that the debts owed to them have been discharged and that they should not attempt any further collection. They are cautioned in the notice that continuing collection efforts could subject them to punishment for contempt. Any inadvertent failure on the part of the clerk to send the debtor or any creditor a copy of the discharge order promptly within the time required by the rules does not affect the validity of the order granting the discharge.

Are all of the debtor’s debts discharged or only some?

Not all debts are discharged. The debts discharged vary under each chapter of the Bankruptcy Code. Section 523(a) of the Code specifically excepts various categories of debts from the discharge granted to individual debtors. Therefore, the debtor must still repay those debts after bankruptcy. Congress has determined that these types of debts are not dischargeable for public policy reasons (based either on the nature of the debt or the fact that the debts were incurred due to improper behavior of the debtor, such as the debtor’s drunken driving).

There are 19 categories of debt excepted from discharge under chapters 7, 11, and 12. A more limited list of exceptions applies to cases under chapter 13.

Generally speaking, the exceptions to discharge apply automatically if the language prescribed by section 523(a) applies. The most common types of nondischargeable debts are certain types of tax claims, debts not set forth by the debtor on the lists and schedules the debtor must file with the court, debts for spousal or child support or alimony, debts for willful and malicious injuries to person or property, debts to governmental units for fines and penalties, debts for most government funded or guaranteed educational loans or benefit overpayments, debts for personal injury caused by the debtor’s operation of a motor vehicle while intoxicated, debts owed to certain tax-advantaged retirement plans, and debts for certain condominium or cooperative housing fees.

The types of debts described in sections 523(a)(2), (4), and (6) (obligations affected by fraud or maliciousness) are not automatically excepted from discharge. Creditors must ask the court to determine that these debts are excepted from discharge. In the absence of an affirmative request by the creditor and the granting of the request by the court, the types of debts set out in sections 523(a)(2), (4), and (6) will be discharged.

A slightly broader discharge of debts is available to a debtor in a chapter 13 case than in a chapter 7 case. Debts dischargeable in a chapter 13, but not in chapter 7, include debts for willful and malicious injury to property, debts incurred to pay non-dischargeable tax obligations, and debts arising from property settlements in divorce or separation proceedings.

Although a chapter 13 debtor generally receives a discharge only after completing all payments required by the court-approved (i.e., “confirmed”) repayment plan, there are some limited circumstances under which the debtor may request the court to grant a “hardship discharge” even though the debtor has failed to complete plan payments. Such a discharge is available only to a debtor whose failure to complete plan payments is due to circumstances beyond the debtor’s control.

The scope of a chapter 13 “hardship discharge” is similar to that in a chapter 7 case with regard to the types of debts that are excepted from the discharge. A hardship discharge also is available in chapter 12 if the failure to complete plan payments is due to “circumstances for which the debtor should not justly be held accountable.”

Does the debtor have the right to a discharge or can creditors object to the discharge?

The court may deny a chapter 7 discharge for any of the reasons described in section 727(a) of the Bankruptcy Code, including:

b) failure to complete a course on personal financial management; transfer or concealment of property with intent to hinder, delay, or defraud creditors;

c) destruction or concealment of books or records; perjury and other fraudulent acts;

d) failure to account for the loss of assets;

e) violation of a court order or an earlier discharge in an earlier case commenced within certain time frames (discussed below) before the date the petition was filed.

If the issue of the debtor’s right to a discharge goes to trial, the objecting party has the burden of proving all the facts essential to the objection.

Can a debtor receive a second discharge in a later chapter 7 case?

The court will deny a discharge in a later chapter 7 case if the debtor received a discharge under chapter 7 or chapter 11 in a case filed within eight years before the second petition is filed.

The court will also deny a chapter 7 discharge if the debtor previously received a discharge in a chapter 12 or chapter 13 case filed within six years before the date of the filing of the second case unless:

a) the debtor paid all “allowed unsecured” claims in the earlier case in full, or

b) the debtor made payments under the plan in the earlier case totaling at least 70 percent of the allowed unsecured claims and the debtor’s plan was proposed in good faith and the payments represented the debtor’s best effort.

Can the Court Revoke a Discharge?

The court may revoke a discharge under certain circumstances.

For example, a trustee, creditor, or the U.S. trustee may request that the court revoke the debtor’s discharge in a chapter 7 case based on allegations that the debtor:

a) obtained the discharge fraudulently;

b) failed to disclose the fact that they acquired or became entitled to property of the bankruptcy estate;

c) committed one of several acts of impropriety described in section 727(a)(6) of the Bankruptcy Code;

d) or failed to explain any misstatements discovered in an audit of the case.

e) or fails to provide documents or information requested in an audit of the case.

In chapter 11, 12, and 13 cases, the court can revoke a confirmation or discharge if obtained through fraud.

Can debtors pay debts after receiving a discharge?

A debtor who has received a discharge may voluntarily repay any discharged debt. A debtor may repay debts even though the are not legally obligated to. Sometimes a debtor agrees to repay a debt because they owe a family member. Or, because it represents an obligation to an individual for whom the debtor’s reputation is important. For example, as a family doctor or business partner.

What can the debtor do if a creditor attempts to collect on discharged debts?

May an employer terminate a debtor’s employment because debtor received a discharge in bankruptcy?

How can the Debtor obtain another Copy of the Discharge Order?

Debtors  can obtain lost copies of the bankruptcy discharge.. The Debtor can contact the clerk of the bankruptcy court that entered the order. The clerk will charge a fee for searching the court records. There are also additional fees for making and certifying copies. There is a retrieval fee for closed and archived cases. In that scenario, obtaining the copy will take longer.

The discharge order may be available electronically. The PACER system provides the public with electronic access. Users must set up an account to acquire access to PACER. To download documents, users must pay a per-page fee.