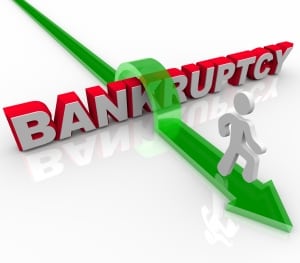 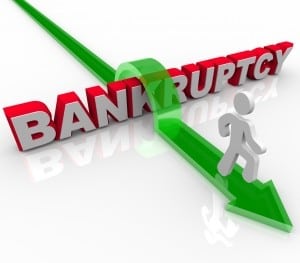 The bankruptcy process is complex and changes with each case.  However, it starts with Article I, Section 8, of the United States Constitution. Section 8 authorizes Congress to enact uniform laws related to Bankruptcy. Under this grant of authority, Congress enacted the “Bankruptcy Code” in 1978. The Bankruptcy Code falls under title 11 of the United States Code. There are multiple amendments since its enactment. However, it is the uniform federal law that governs all bankruptcy cases.

The procedural aspects of the bankruptcy are governed by the Federal Rules of Bankruptcy Procedure and the local rules of each bankruptcy court. The rules contain a set of official forms for use in bankruptcy cases. The Code and the Rules set forth the formal legal procedures for dealing with the debt problems of individuals and businesses.

The US bankruptcy judge has decision-making power over federal bankruptcy cases. They are judicial officers of the United States district court. The bankruptcy judge may decide any matter connected with a bankruptcy case. These include eligibility to file or whether a debtor should receive a discharge of debts. Much of the bankruptcy process is administrative. The Trustee conducts hearings away from the courthouse. In cases under chapters 7, 12, or 13, and sometimes in chapter 11 cases, this administrative process is carried out by a trustee who is appointed to oversee the case.

A debtor’s involvement with the bankruptcy judge is usually very limited. A typical chapter 7 debtor will not appear in court and will not see the bankruptcy judge unless there is an objection. A chapter 13 debtor may only have to appear before the bankruptcy judge at a plan confirmation hearing. Usually, the only formal proceeding at which a debtor must appear is the meeting of creditors. This meeting is usually held at the offices of the U.S. trustee. This meeting is informally called a “341 meeting” because section 341 of the Bankruptcy Code requires that the debtor attend this meeting so that creditors can question the debtor about debts and property.

A fundamental goal of the federal bankruptcy laws enacted by Congress is to give debtors a financial “fresh start” from burdensome debts. The Supreme Court made this point about the purpose of the bankruptcy law in a 1934 decision:

[I]t gives to the honest but unfortunate debtor…a new opportunity in life and a clear field for future effort, unhampered by the pressure and discouragement of preexisting debt.

Six basic types of bankruptcy cases are provided for under the Bankruptcy Code, each of which is discussed in this publication. The cases are traditionally given the names of the chapters that describe them.

Chapter 7 is Liquidation. It contemplates an orderly, court-supervised procedure by which a trustee takes over the assets of the debtor’s estate, reduces them to cash, and makes distributions to creditors, subject to the debtor’s right to retain certain exempt property and the rights of secured creditors. Because there is usually little or no nonexempt property in most chapter 7 cases, there may not be an actual liquidation of the debtor’s assets.

We call this a “no-asset cases.” A creditor holding an unsecured claim will get a distribution only in asset cases. Creditors must also file a proof of their claim with the bankruptcy court. In most chapter 7 cases, if the debtor is an individual, he or she will receive a discharge releasing him or her from personal liability for dischargeable debts. Moreover, the debtor normally receives a discharge just a few months after filing the petition.

Amendments to the Bankruptcy Code enacted in to the Bankruptcy Abuse Prevention and Consumer Protection Act of 2005 require the application of a “means test” to determine whether individual consumer debtors qualify for relief under chapter 7. If such a debtor’s income is in excess of certain thresholds, the debtor may not be eligible for chapter 7 relief.

Chapter 9 is Adjustment of Debts of a Municipality. It provides essentially for reorganization, much like a reorganization under chapter 11. Only a “municipality” may file under chapter 9, which includes cities and towns, as well as villages, counties, taxing districts, municipal utilities, and school districts.

Chapter 11 is is Reorganization. Ordinarily, commercial enterprises that desire to continue operating a business and repay creditors use Chapter 11. Here, a chapter 11 debtor usually has the exclusive right to file a plan of reorganization for the first 120 days after it files the case and must provide creditors with a disclosure statement containing information adequate to enable creditors to evaluate the plan. The court ultimately approves (confirms) or disapproves the plan of reorganization. Under the confirmed plan, the debtor can reduce its debts by repaying a portion of its obligations and discharging others. Additionally, the debtor can also terminate burdensome contracts and leases, recover assets, and rescale its operations in order to return to profitability. Under chapter 11, the debtor normally goes through a period of consolidation and emerges with a reduced debt load and a reorganized business.

Chapter 12 is Adjustment of Debts of a Family Farmer or Fisherman with Regular Annual Income. It provides debt relief to family farmers and fishermen with regular income. The process under chapter 12 is very similar to that of chapter 13. Here, the debtor proposes a plan to repay debts over a period of time. The plan is no more than three years unless the court approves a longer period. However, the period cannot exceed five years. Additionally, there is a trustee in every chapter 12 case whose duties are very similar to those of a chapter 13 trustee. Moreover, the chapter 12 trustee’s disbursement of payments to creditors under a confirmed plan parallels the procedure under chapter 13. Chapter 12 allows a family farmer or fisherman to continue to operate the business while completing the plan.

This type of bankruptcy is for an individual debtor who has a regular source of income. Chapter 13 is often preferable to chapter 7 because it enables the debtor to keep a valuable asset, such as a house, and because it allows the debtor to propose a “plan” to repay creditors over time – usually three to five years.

Debtors file for Chapter 13 if they do not qualify for chapter 7 relief under the means test. At a confirmation hearing, the court either approves or disapproves the debtor’s repayment plan. Approval depends on whether the plan meets the Bankruptcy Code’s requirements for confirmation.

Chapter 13 is very different from chapter 7. In chapter 13, the debtor usually remains in possession of the property of the estate. The debtor also makes payments to creditors, through the trustee. The payments are based on the debtor’s anticipated income over the life of the plan. Unlike chapter 7, the debtor does not receive an immediate discharge of debts. To receive a discharge, the debtor must complete their plan payments. Additionally, if  the debtor stays current, the Chapter 13 protects them from lawsuits, garnishments, and other creditor actions. Also, the discharge is somewhat broader under chapter 13 than the discharge under chapter 7.

Chapter 15 is Ancillary and Other Cross-Border Cases. This chapter provides an effective mechanism for dealing with cases of cross-border insolvency. This publication discusses the applicability of Chapter 15 where a debtor or its property is subject to the laws of the United States and one or more foreign countries.

In addition to the basic types of bankruptcy cases, Bankruptcy Basics provides an overview of the Servicemembers’ Civil Relief Act, which, among other things, provides protection to members of the military against the entry of default judgments and gives the court the ability to stay proceedings against military debtors.

This publication also contains a description of liquidation proceedings under the Securities Investor Protection Act (“SIPA”). Although the Bankruptcy Code provides for a stockbroker liquidation proceeding, it is far more likely that a failing brokerage firm will find itself involved in a SIPA proceeding. The purpose of SIPA is to return to investors securities and cash left with failed brokerages. Since its establishment in 1970, SIPA has protected investors who deposit stocks and bonds with brokerage firms. SIPA protects customer’s property up to $500,000.

The bankruptcy process is complex and relies on many legal concepts. These include the “automatic stay,” “discharge,” “exemptions,” and “assume”. Therefore, the final chapter of this publication is a glossary of Bankruptcy Terminology. The glossary explains, in layman’s terms, most of the legal concepts that apply in cases filed under the Bankruptcy Code.